Check Out Our FB

Find info and pictures on our latest projects.

GET AN ESTIMATE
FREE QUOTE

Do I Need a New Foundation?

Most clients have no knowledge about their foundation and its condition until they begin to notice problems inside their homes- generally settlement cracks, sticking doors and sloping floors are indicators that something is amiss. Though there is no cut and dry formula to show when a foundation needs to be replaced, there are a number of indicators which when looked at together should point the direction one way or another.

Are there drainage issues?

Drainage is the #1 culprit, and leads to settlement, cracking, and deterioration of concrete. Older concrete is somewhat porous, and water will soak into the material causing it to deteriorate. Since most older homes have nonexistent or improperly installed drainage systems, it is important to have the drainage issues addressed- either as part of the foundation work, or if the foundation is in decent condition to avoid an expensive foundation replacement project in the short term.

Is the concrete deteriorating?

By poking around with a screwdriver, we can see how intact the concrete is. Often concrete with lots of sand in the mix that has been subjected to drainage issues will be so soft it can be pulled apart with your fingers. This condition can be of major concern, as this concrete has very little strength and could liquefy in an earthquake. The harder the material the better. Appearances can be deceiving. Some of the ugliest concrete with lots of rocks and voids can be quite strong and is less of a concern.

A few cracks in older foundations is expected, but lots of cracks, especially one’s that are ¼” or larger can be problematic. Since older foundations typically do not have rebar in them, once large cracks occur the concrete can separate into sections that can rotate or settle independently from one another, causing settlement or shifting in the house above.

Most homes built before 1930 or so do not have steel reinforcement in them. Rebar helps to strengthen the concrete and hold it together in the event of cracking from settlement or earthquakes- cracks can still develop, but they remain hairline and don’t pull apart. The modern foundations we build have at least 5 pieces of rebar running horizontally, and verticals every 12” so they are heavily reinforced.

Depth and location of the concrete.

Often older foundations are not of sufficient dimensions to work effectively. If the footings are not at least a foot or more below the grade level they will be subject more to movement in expansive soils and drainage issues. If they are not 6” or more above grade there can be water issues at the framing level causing dry rot issues above. And if the soil is excavated on the interior of the basement or crawlspace too close to the foundations or if the footings are functioning as retaining walls and they are not designed properly they may settle or move, and they may create drainage issues leading to more settlement.

How old is the concrete?

Concrete from the early 1900’s that is still in place in older foundations is often in poor condition. Since most of the homes we work on in the East Bay were built between 1900 and 1930 this would definitely apply to them. Again, drainage, lack of rebar, improper dimensions, cracks etc. are much more pronounced in older foundations.

When all of these elements are looked at together, it is easier to get a sense of how your foundation is performing in these key areas. In many situations, where I give the foundation an overall score of 1-3 on a scale of 1-10 the need to replace is fairly obvious. In the 4-5 area it often becomes a more difficult question, where the client needs to consider their resources, how long they plan on remaining in the home, etc. If the foundation is in fair condition but in need of drainage work which might add another 20-30 years to its lifespan, that is often a reasonable alternative course of work. When the condition is poor, however, it generally does not make sense to do a drainage only project, since that work would need to be torn out and redone sooner rather than later as part of an inevitable foundation replacement.

Ready to find out the estimated costs?

Our Services Areas Include 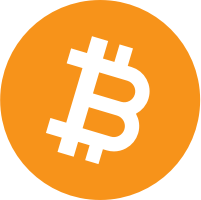 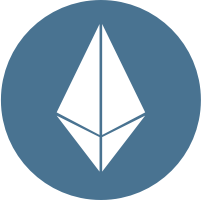 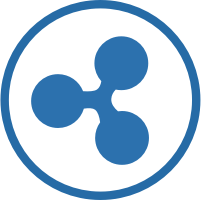